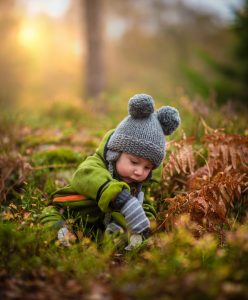 Congratulations on getting through your pregnancy and birth in Berlin! Once you’ve registered the birth of your lovely new arrival and you have the birth certificate in your hot little hands, your next bureaucratic move will probably be determining her citizenship. Or if she’s extra lucky, citizenships.

Though your little bundle of joy will most likely inherit your and your partner’s citizenships by descent, he might not necessarily get German citizenship just because he was born in Germany. Then again, he might. Here are some situations where your baby could be eligible for German citizenship:

What’s the Deal with Dual Citizenship?

This is a hot topic, and the amendment (the Second Act Amending the Nationality Act) was adopted on 20th December, 2014 – not so long ago!

Don’t be too disappointed though, there is one beautiful exception:

If your baby then grows up in Germany, she won’t be obligated to choose one nationality when she’s an adult.

So what does it mean, “to grow up in Germany”?

Where’s the Piece of Paper?

You can get a cute little child’s German passport called a Kinderreisepass for your baby, though it’s not always suitable for travel to some countries, e.g. USA and Australia. You can also get a proper German Reisepass that’s suitable for all international travel. You can apply for both at your local Bürgeramt and they’re quite affordable. If you’ve got the right documents, the Kinderreisepass can be issued on the spot.

A passport is usually enough to prove your baby’s nationality, but the unquestionable official document is a pretty yellow piece of paper known as a Staatsangehörigkeitsausweis (citizenship certificate). If you need or want one of these for any particular reason, the Berlin public office responsible for the application is the Staatsangehörigkeitsbehörde, and a certificate costs around 25 EUR.