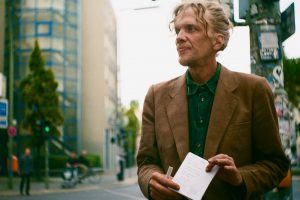 Great news from the Bürgeramt! 2017 has brought with it a wave of days marked in blue on the online calendar – that means you can even get same-day appointments at registration offices across Berlin! Get clicking!

Booking an appointment at the Ausländerbehörde is still not quite as easy and it can still take a few weeks to get one. We’re getting loads of questions about booking appointments online, so we thought we’d address a few common scenarios where things can go a bit pear-shaped.

I booked an appointment at the Ausländerbehörde for a freelance permit, but my plans changed and now I’ve been offered a proper job. Can I keep the appointment?

Probably. For citizens of certain countries (among them Australia, USA, Canada, Israel, Japan, New Zealand, etc.), it just so happens that the same team at the Ausländerbehörde handles both your freelance permits and employment permits. By all means, search online for a suitable new appointment, but if you don’t have much luck, don’t cancel the old one. Instead, keep the appointment, and when you show up, say that your plans changed or that you booked the wrong type of appointment.

Unfortunately, not every type of permit is handled by the same team. Now there are two buildings in Berlin. If the job you’ve been offered actually qualifies you for a Blue Card, for example, you might get sent to another office. Another example:

I booked an appointment for a freelance permit, but I’ve changed my mind. Can I use the same appointment time and get a language learning permit instead?

Unfortunately, that type of permit is now handled in a whole other building in Charlottenburg. That building also handles Blue Cards, student permits and Working Holiday Visas, among others. You probably won’t be able to use your booked appointment, so make one at Keplerstraße instead, or get us to work it all out for you.

I want to go to the Bürgeramt to register my address, apply for a passport and swap over my driver’s license. Can I do it all at once on one appointment?

When you book an appointment at the Bürgeramt, you have to select the task you’re hoping to accomplish. The Bürgeramt then allocates a set amount of time for your appointment – e.g. the average address registration takes about 8 minutes, but a driver’s license exchange can take longer. The agent might agree to do everything for you in the one appointment, but they might not be very happy about it!

Here’s a tip: since the beginning of 2017, it’s pretty easy to make back to back appointments at the same office. Keep your case worker smiling by booking separate appointment times for each separate task at the same Bürgeramt on the same day. You can still get everything done in the one sitting, but he/she can take 2-3 appointments off the board all at once.

If you’re confused or can’t figure out the booking system, Red Tape Translation will figure out exactly where you need to go and book the next available appointment for you for 10 EUR, whether you take a translator with you or not.

As promised, this blog post features photos taken in Berlin by interesting people instead of boring cliched stock photos. This photo of a well-known Neukölln street poet was taken by Vandana K, a digital content specialist based in India.