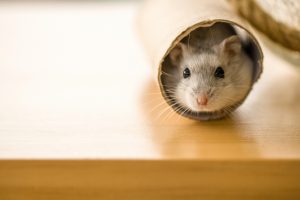 This is an important article on the fraudulent activities by the tax advisory service Steuermaus. The article was written by Dr. Carol van Buren. If you’ve been tricked by Steuermaus, read on!
While browsing through posts on Facebook, I came across one which caught my attention. It concerned a company called Steuermaus. I had already seen that name mentioned earlier by a member of Berlin4Beginners. She’d used them to claim Soforthilfe. They had applied for more than she wanted and she was looking for a way to return the money. I had never heard of Steuermaus before this but I did wonder quietly to myself, what possible help they could have provided in submitting a very simple online application? I thought no more about it – until I saw another post about Steuermaus and read some of the comments. I was intrigued and decided to do some research.

This is what I found out …

In 2012, someone called Alexander Gurny registered a company in Berlin called Smallfunds GmbH. He then set up a Ponzi scheme promising investors a return of 30.22%. When investors finally rumbled that Herr Gurny was a conman and that they had been defrauded of millions of euros, they reported him. In 2013, the Berlin Public Prosecutors’ Office (die Staatsanwaltschaft) started investigating Alexander and his friends for serious fraud [case no. 283 Js 1436/13]. They were facing several years in prison!
Despite protesting his innocence, Alexander decided not to take his chances in court. Instead, he and his team fled Germany and spent the next few years living a luxurious life in Dubai – where they started another hedge fund (DUBAI DIREKT FONDS II GmbH & Co. KG) and several other companies . However, it seems the alleged thieves may have had some kind of falling out amongst themselves. This is when Alexander and his co-conspirator / wife Edith Drazba – a.k.a Emilia Greenwood – decided to move to South Africa. In South Africa, Gurny re-invented himself. He was now Drazba-Gurny. He claimed to be a former banker and even created a freelancer profile touting for business – his rate? 13 euros per hour! I checked the profile and it looks like no-one ever hired him despite his impressive credentials. I guess this is when the idea to target new Berliners came to him.
Robbing Peter To Pay Paul

What did Alexander sell to the investors?

He sold them the idea of buying brand new iPads which he would then lease to specialist rental outlets which provided communication applications for conferences. He claimed he had access to thousands of iPads supplied directly from Apple. Investors never actually received or saw the brand new iPads. Instead, they received invoices and various proofs of purchase which included the serial and model numbers of the iPads they had bought. The investors believed that the iPads they paid for had been immediately leased to the rental shops who in turn were renting them out to event organisers to be used at conferences, exhibitions, trainings, software launches, congresses, promotion tours, trade fairs as well as schools & colleges. Alexander claimed to have been doing this kind of business since 2010 and that he was in fact the leading figure in this field.
The rental agreement with the outlets was supposed to run for 18 months, during which time Smallfunds GmbH would transfer 660 euros in rental income to the investors – 110 euros at the beginning of each quarter. At the end of this period, Smallfunds would buy back the equipment – for 430 euros. The return for the investors: 30.22 percent per year.
As with any Ponzi scheme things went well at first (watch the explainer video) but by the end of 2012, people started complaining that they weren’t receiving the promised dividends moreover, Alexander and his team were no longer responding to emails or phone calls. The company he had set up disappeared and when people did manage to reach him he claimed he was abroad and would be traveling for a while.
It should be pointed out that none of the iPads actually existed. The serial numbers were all fake – confirmed by Apple. Basically, Alexander took money from investors for computers which he never possessed. A scam right from the beginning!
The case was reported in the business newspaper, Handelsblatt in 2013.

According to their website (which is now offline), Steuermaus have been targeting expat freelancers for “over 5 years”. Yet on LinkedIn, Alexander states that his company was formed in 2016. In any case, however long they may or may not have been operating out of their Berlin mailbox address – apparently they are not trading from there anymore. A message on their website stated: “We have closed our German office as of 15.04.2020. We will re-open on the 31 May 2020 due to relocation within Berlin.” The website is however completely offline.
Steuermaus are not licensed in Germany.
According to some worried and angry people in the Berlin Freelancers group, Steuermaus have stopped responding to emails and phone calls. This S. African privately owned company, which has been providing tax advice and completing tax declarations for foreigners living in Berlin, seems to be following a very familiar pattern.

Who is Alexander Gurny?

It is this privately owned S.A. company which is behind Steuermaus.
On his current Facebook profile, he calls himself Alexander K.H. deNiro. Maybe he imagines he’s an Italian gangster, or he’s living in some kind Walter Mitty fantasy world – who knows? According to his profile, he claims to be living in Berlin. If this is the case, it is even more suspicious that he chooses not to register his company here. Maybe the reason for not registering (and the name change) is a fear that the past might raise its ugly, iPad-shaped head?

Handelsblatt (1/7/2013) https://www.handelsblatt.com/unternehmen/it-medien/apple-verleih-im-zwielicht-staatsanwaltschaft-sucht-nach-phantom-ipads/8433506.html?ticket=ST-1275269-PbMrpOdifNOsZSqz9lXK-ap3
Die Bewertung (30/11/2013) Here you can read the excuses he made in 2013 when they tracked him down (clue – it wasn’t my fault) https://www.diebewertung.de/smallfunds-gmbh-alexander-gurny-und-die-erklaerung-der-rueckabwicklung-wie-viel-geld-haben-die-anleger-verloren/

I was blown away by what I found just by a quick google search – especially so as I had a friend request from Mr DeNiro on a different social media platform a couple of years ago and I think I may even have accepted it because he seemed like such a nice, friendly, kind, knowledgeable person. It’s disappointing to discover all this.
Their website says they will move to new offices on 31 May 2020. I hope that this post will be of use to anyone who may be considering getting Steuermaus to do their taxes in the future. They are not qualified to do this. If they make a mistake, it is you who will bear the responsibility. Also, ask yourself this – why would anyone need to change their name (and identity) every time they start a new business? I have listed 4 names in this post but no doubt he has used many others.

“Hindsight is a wonderful thing but foresight is better”.