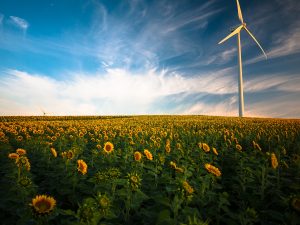 Red Tape Translation interprets for an appointment at a Berlin real estate agency and learns all about airing your apartment, German style.

The air was thick (but not stale!) with intensity as two Red Tape Translation clients picked up their pens, and signed the contract for their brand new Berlin apartment. Shortly before signing, we pored through the rental contract together and got to Appendix 3 – a 14 point list of instructions on how to heat and air your new apartment properly. Both bemused and bewildered by the thorough list of instructions, I decided to investigate further.

The ideal temperature for living and eating areas is 20 degrees, and 14 degrees in the bedroom at night. Why? It’s the most comfortable and energy-efficient temperature, recommended by most heating and air conditioning expert. Also, a mild drop in temperature at night helps us sleep better.

According to the rental contract, you should open your windows fully, twice a day, for at least 5 minutes each time, to regulate humidity. Why are landlords so picky about airing your apartment in Germany? German buildings, particularly older ones (Altbau), aren’t ventilated like buildings in other countries might be. They’re also hardy – the walls are thick, and cold. Ventilation comes from, you guessed it, opening the windows. It might be old-school, but it’s very efficient. If you keep the double paned German windows boarded up constantly, your bodies, saucepans, and showers will generate a whole lot of humidity. There are plenty of horror stories floating around on sites like Toytown Germany, about mould problems and tenant disputes in German apartments.

The Appendix on the rental contract recommended a complete Luftwechsel (change of wind!) twice daily. They also discourage the use of Kippstellung for ventilation purposes, citing that it’s not effective and an inefficient use of heating energy. What is Kippstellung? It’s one of the coolest things about apartment windows in Germany – the ability to tilt them open partially from the top, instead of opening the window directly.

Got a mould disaster story, or a tip for airing your German apartment in an orderly fashion? Leave a comment for Red Tape Translation.

About the Author: A competent German – English interpreter, Kathleen Parker is the founder of Red Tape Translation in Berlin. When she’s not attending appointments at the Auslandebehorde and the Arbeitsagentur, Red Tape Translation is helping startups and freelancers in Berlin make important German phone calls with Telephone Time, a budget phone interpreting service.