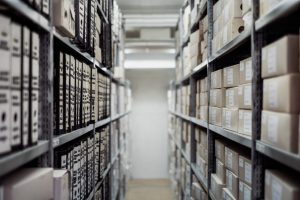 Breaking News for 2016: The Berlin Ausländerbehörde has just made a decision to stop accepting ALL international health insurance plans. This might affect you if you’re going for the Artist’s Visa or the freelance work permit in Germany.

A client of mine left the Ausländerbehörde yesterday feeling very confused. She had done everything right.

She had her job offers, her qualifications and CV, references, bank statements, and she’d bought health insurance. She’d just gotten off the phone with an English speaking broker days earlier, who had set her up with a Global Health Insurance Plan from a reputable company. I know from experience that plenty of Berlin freelancers go in with this particular policy, and up until now, it has always been accepted for the freelance work permit (also known as the Artist’s Visa from time to time).

My lovely contact (a case officer) at the Berlin foreigner’s office put it like this. They’ve been quite generous up until now in accepting international medical health insurance plans, but there’s a problem they couldn’t ignore. In Germany, there’s a concept called Alterungsrückstellung, and it is unique to Germany. People who are elderly generally require more treatment and therefore cost more money later in life. Insurance costs are calculated over a lifetime to take this into consideration,  and a sum of money is set aside to help manage this increase in cost as a patient ages. Some global health insurance plans don’t work the same way, because many are not underwritten by German companies.

At this point, freelancers may have to opt for either German public health insurance (if they’re even eligible) or German private health insurance. There are very few options available for self-employed foreigners, and you are all strongly recommended to talk to a broker. The main thing is, the health insurance must be from a German company.

The case officer wasn’t 100% confident on the reasoning behind the decision, because she had only just been briefed. There’s a meeting in the department about publicising the changes. I almost feel like a lucky journalist getting a hot tip in advance!

I’ve since spoken to two brokers in the industry, and they were both pretty ropable. It’s possible that political pressure could get this decision overturned, and it seems to be a bit of a waiting game to see how it develops.

In the meantime, if you’re going to the Ausländerbehörde to get a freelance work permit and you’ve gotten an international health insurance plan, have have a chat to your broker about what to do next. But don’t take MY advice before you make a decision! Speak to your broker and get them to check it out for you – that’s their job. Decisions get reversed, and decisions also take time to filter through to everyone. You might get lucky, or you might get given a bridging permit and told to come back with German health insurance.

Leave a comment if you’ve already been affected! I’m curious to see how this develops.

Edit Nov 2017: This article is now out of date. The Ausländerbehörde ended up modifying its decision and now some plans are being accepted again. Talk to your broker to get the most up to date information.