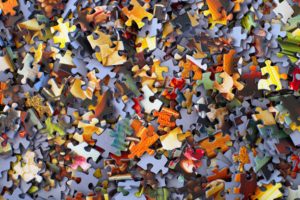 I’ll bet you never thought you’d read that sort of blog title. But if you’re struggling with the Schnauzer, grappling with the Gesetz or whinging about waiting lines, you might want to use this post as a bit of a pro-Germany pep talk. Take it from someone who has been here for a long time – there are many reasons to stick it out and fight through the red tape. Here are five.

1. Things get done in Germany.

Have you ever tried taking a train or even asking for a document from a public authority in Italy? I have, I used to live there. When things don’t get done in Italy, no-one knows why, no-one cares and often you just get a casual shrug and a disinterested “boh”. In Germany, things get done. Sure, it might take 3 days, 3 weeks, 3 months or 3 quarters of a year to get done, and it will be done methodically and painstakingly according to a potentially antiquated process that may not have changed for 3 decades and will have you rolling your eyes, tearing out your hair and waiting in lots of queues. But at the end of the day/month/year/decade, you can usually rest assured that whatever things you need to get done will get done. Just don’t mention the airport.

2. Things are cheap in Germany.

I’m specifically talking about bureaucratic things, though many things are cheap in Germany.

Let’s compare those prices to Berlin.

3. Your situation is “unusual”. Take it as a compliment.

You might be an opera singer who is both employed and self-employed at the same time in several countries and no-one can figure out what type of permit you should get. You might be a part-time translator, part-time IT consultant and part-time interpretive dancer and no-one’s quite sure what sort of tax number to give you. Or you might be trying to get a birth certificate for your baby who was born in Germany with Australian nationality but whose father is Maltese and hard to get in contact with these days to get any sort of confirmation of custody in writing. Whatever your situation, mark my words, it will be something that makes your case worker’s brain hurt and there will be head scratching involved. Push through the pain and take it as a huge compliment. You’re unique!

4. You can enjoy the office decor.

Each caseworker at a public office usually has their own designated desk. Some of them really go to town with personalising it. You’ll see squirrel screensavers, kitten calendars, dream destination posters and cute drawings done by toddlers. You can admire how the window sill dressings change with the seasons: pumpkins in the fall, bunnies in the spring. Take a breath and look at the pretty shiny decorations to calm yourself down.

5. You really appreciate the wins.

Sooner or later, your issue will be resolved. You’ll get that driver’s license, receive that residence permit or have the right ID on hand to pick up that parcel. Savour the moment. You’ve earned it. If it had been easy, you’d never get that rush.