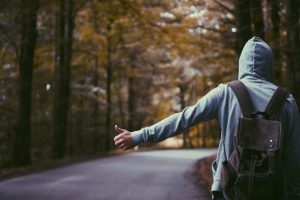 This story made my morning. Insane! A Chinese tourist travelling alone had his wallet stolen in the south of Germany and tried to file a police report. He got led to a help desk in Heidelberg but he didn’t speak any German or English. The help desk consultant gave him an asylum request form to fill out, which he obediently did. One thing led to another and he boarded a bus with a whole bunch of refugees that arrived at Dortmund some time later …

The man allowed German authorities to take away his passport, fingerprint him, give him a medical exam and allocate him some pocket money. He ended up in Dülman, a small German town near the border to the Netherlands.

Turned out the Chinese tourist was hoping to do some hiking in Italy, and just wanted to continue on his tour. Which he then did.

So, folks. This is why you should always take a translator or interpreter with you when dealing with public offices in Germany.