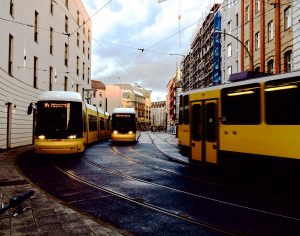 There have been lots of changes in the way Berlin public offices operate over the last few years, months, and even weeks. In the good old days, you arrived in Berlin, rocked up to your closest Bürgeramt and registered your address. It might have been a bit of a wait, but you usually left after an hour or two with that coveted piece of paper in your hands. Those days are over. There is such a massive demand for appointments in Berlin, many of the Bürgerämter in Berlin have now changed their status to “appointment only”. If you show up without one, you often get turned away.

Things change at a rapid rate around here, so please check the official website before you show up and don’t rely on this article. As of today, 07.05.2015, here is the situation.

Bürgerämter that are now “Appointment Only”:

The Ausbildungsbürgeramt at Schlessisches Tor has re-opened on 27.04.2015 and is now appointment only. Although the official website does not mention an appointment-only status, the older website says that matters will only be handled with an appointment.

Do Any Bürgerämter Still Take Walk-Ins?

The following do not exclusively serve people with customers, but they still recommend that you make an appointment. It is becoming more common to get turned away at any Bürgeramt if you don’t have an appointment / your issue is not urgent / there are long waiting times, even if the website doesn’t mention an appointment only status.

The Bürgerämter in the Friedrichshain-Kreuzberg area are incredibly busy, as are the Neukölln Bürgerämter. Your chances of getting turned away are probably higher here, especially if you show up later in the day.

The four Bürgerämter in the Lichtenberg Bezirk and the three Bürgerämter in the Marzahn-Hellersdorf Bezirk are not yet listed as “appointment only”. Nor are the Steglitz-Zehlendorf Bürgerämter. However, as always, it is pot luck. They can serve you if your request is urgent, or if someone cancels, or if it’s not that busy. Expect long waiting times wherever you go. And if you head to these Bürgerämter a bit further out of the city, your chances of being able to speak English are much lower.

My Request is Truly Urgent

At all Bürgerämter, if your request is urgent and you can prove it, they’ll make it work on the day. The following sentence is the kicker: Nachgewiesene dringende Angelegenheiten werden noch am Tag Ihrer Vorsprache, verbunden mit einer Wartezeit bearbeitet.

Matters proven to be urgent will be processed on the day of your visit after a waiting period.

So what is an urgent matter? According to the website, this includes customers who need important documents before they travel, or need to replace lost identification documents. If you’re traveling and there are no appointments available before the date that you travel, take your travel documents with you. If you have an appointment with the Ausländerbehörde and you aren’t yet registered in Berlin, the Ausländerbehörde won’t be able to serve you. So that’s an angle that is worth a try too.

What About the 14 Day Time Limit to Register My Address?

Don’t worry about it. You won’t be penalised or fined if you can’t get an appointment! The offices are well aware of the problem.

If you urgently need help registering your address and you can’t wait for an appointment, talk to Red Tape Translation. Sometimes, we are able to log onto the system at just the right time when new appointments are released and can get you an appointment at a Bürgeramt in Berlin sooner than you would expect. We might even have a few in reserve. Failing that, we can certainly help you state your urgent case at the reception in the hope that you’re seen on the day.