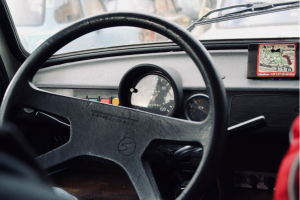 The Brexit transition period ends on 31st December 2020. If you’ve decided to stay in Germany, now is a really good time to think about converting your UK driver’s license to a German one, but you’d really need to get into gear to manage it by the New Year!

My British license has always been fine in Germany, why would I need to convert it now?

With Britain being an EU member state thus far, you won’t have experienced any difficulty with your valid UK driver’s license. You’ve been able to drive the vehicle category listed on the back of your license in Germany (and the rest of the EU) without any trouble. However, there are not many days left in the race to reach a Withdrawal Agreement. With that much still uncertain, it’s better to take care of the license now.

What if they don’t reach a Withdrawal Agreement?

If they don’t reach a withdrawal agreement in time, a driving license issued by the United Kingdom might no longer be recognised by the EU. The rules for third-country nationals might apply instead. You might suddenly need to take a driving test to exchange your license for a German one.

And if they do reach a Withdrawal Agreement, what then?

Even if they do, you’ll still need to exchange your driver’s license for a German one if you plan to stay in Germany. If you have already been living in Germany for longer than 6 months, you should exchange your license now.

What we hope will happen…

We’re not fortune-tellers, but we would hope that Germany and UK agree to recognise each other’s driving licenses post-Brexit. This would mean that although converting the license would still be necessary, Brits could bypass some of the red tape in the process. Germany might exempt UK license holders from having to do theory and practical tests, for example. There are similar reciprocal agreements in place for driving licenses from Canada, Australia, The United States and a few other countries.

OK, you’ve convinced me. What now?

If you want to get this done while your license is still considered an EU one, time is of the essence. Buckle up and book at appointment at a Bürgeramt or Fahrerlaubnisbehörde in your German city to have your license converted. This service is usually called “Umschreiben einer Ausländischen Fahrerlaubnis aus einem EU/-EWR-Staat” and will cost around 35€. Make the appointment before the year is up if you can, to stay on the safe side.

Once your shiny new German driver’s license is ready, you’ll receive a letter telling you where and when you can collect it.

Do I need a certified translation of my license?

Not in Berlin – any foreign license issued in English will be accepted without a translation.

If you’re not in Berlin and you don’t get around to doing this until the new year, you might need a certified translation (though we’d hope not!). If you do, you can go to your local ADAC branch or you can get a quote from Red Tape Translation.